A project of heat exchanger for boosting the profitability

France Plastique Recyclage (FPR) chose Barriquand Platular® heat exchanger to renew an existing installation and moreover to boost its profitability. Flashback, 24 months later, on the project characteristics focusing on the thermal and economic efficiency of the solutions brought by Barriquand.

FPR manufactures, on behalf of local authorities, pellets of PET (Polyethylene Terephthalate) from the recycling of plastic bottles collected from individuals. The company produces recycled food grade R -PET (AFSSA standard – now ANSES) for the manufacture of new bottles or other products in contact with food.

An existing facility to optimize
The client application is relatively simple: waste is fed into a grinder which defaces the matter. PET clippings are then washed with hot water and dried. Heating the washing machine was provided by an existing set of three tubular heat exchangers connected in series. The secondary water flow amounted to 11 m3/h and pinching (between input of the primary water flow and output of secondary water flow) was about 5 °C.

Our client was especially facing an economic issue: the washing cadence with the existing plant did not exceed 2.5 t/h flakes while its productivity target is 5 t/h.

FPR target: Double the washing rate
The replacement of its installation absolutely had to double the washing cadence, i.e. processing 5 t/h with a secondary water flow up to 16 m3/h and a temperature above 85 °C. The goal was to make the business profitable while reducing maintenance issues.

The technological choice: a Platular® heat exchanger
Whereas the thermal constraints and the client application (requiring the passage of plastic particles of significant size), the choice of a single Platular® welded plate heat exchanger to replace the three shell and tubes became obvious. 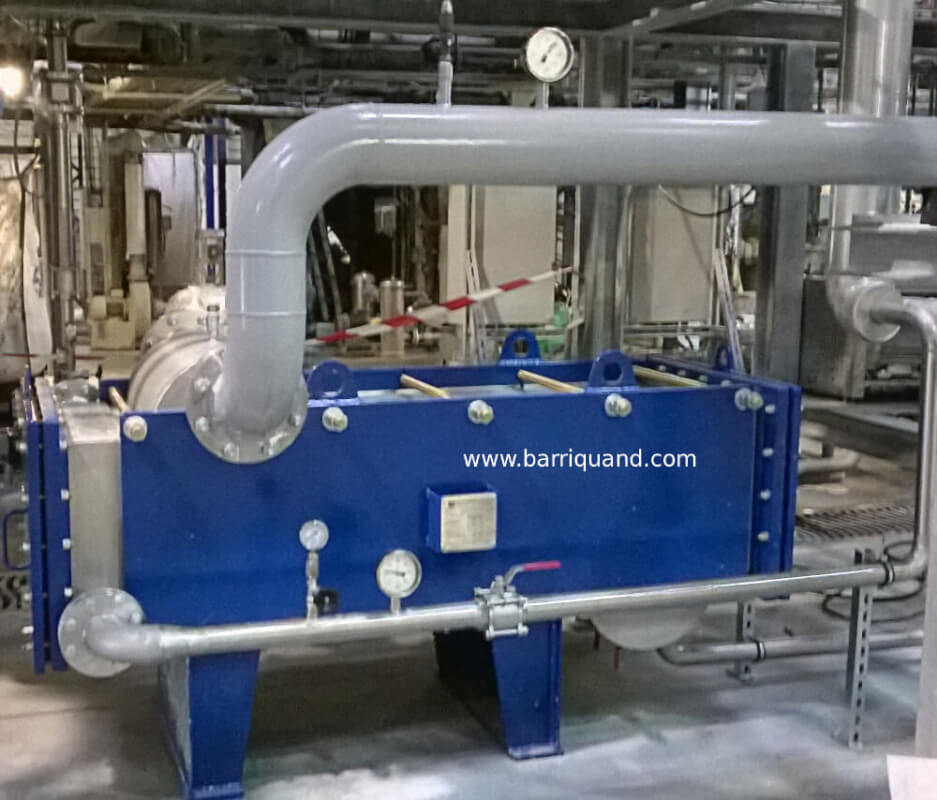 This is a technology that allows the crossover temperature, to obtain a low pinch and treating fluids with high content of solid particles at high speed while reducing fouling. 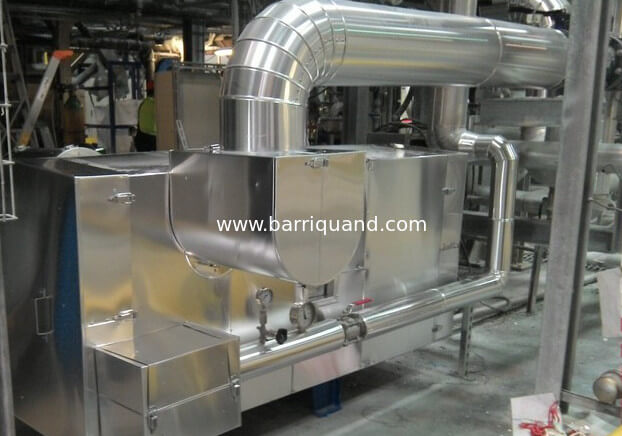 Sizing the heat exchanger with a restricted flow of 16 m3/h enabled to double the wash rate while limiting the pinch to 1 °C and the deposits on the plates. Thanks to a limited head loss, our client was also able to keep the existing pump and piping while energy efficiency was improved by 25%. The return on investment is evaluated at 6 months.

After 2 years of operation, the target is fulfilled since our customer has doubled its production capacity and performed only one scheduled cleaning on its heat exchanger, which suffered no clogging or fouling.